When I started The Book of Chaos series I didn’t make any plans on how many book it will have. “If it is chaos, let it be chaos!” I said to myself. 🙂 Actually, I intend to let it go as long as I feel that I have something to say. There’s a main story to finish and I also have a lot of worlds to develop or characters to follow in future stand alone novels or stories.

This is what has already been published in the chronological order of the action:

Business is Business is a 2019 story included in the 3.6 volume. It presents the Merchant guild of the dystopian future of the Earth. The title represents the guild’s motto.

The Book of Chaos was the first novel of the series and was published in 2018. A girl dissapears while drawing some strange creatures. Creatures that were not simple fantasies, but belong to worlds that were brought back to life. Some of them were from a distopian future of the Earth. Lead by Count Dracula and the Queen of Elves, the creatures do their best to help their worlds remain part of the reality, while recruiting humans (especially teenagers) for their goals.

The Book of Chaos II: The Crypts of Time appeared in 2019 and follows the adventures of the first novel. The surviving worlds begin shaping the reality and bring back to life creatures, worlds and artifacts hidden in the crypts of time. Some guardians try to protect the present Earth from the attack of the newborn worlds, while a creature from the future realizes that this present can change his future.

As far as it can be done in a chaotic situation, in the next article I’ll try to find some clues from the future of the series. 🙂 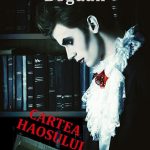 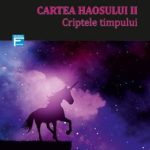